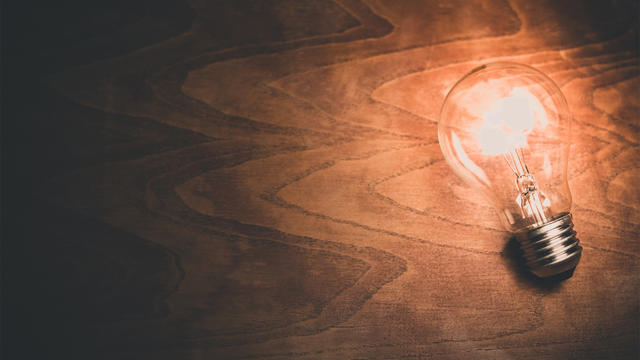 In childhood, we’re taught to embrace our dreams by all around us. Want to be a cowboy?  Go for it. How about a movie star?  The sky’s the limit. Fancy being an astronaut?  Go beyond the sky. But then something strange happens to us as we grow older.  Our dreams get beaten, worked, or exhausted out of us.  It’s not that we no longer have any dreams for our future, but rather they’re petered down into the world of ‘realism’.

That is not to say that life is easy & the world is your oyster (though it might well be) nor to just follow your childhood dreams and spend the next 10 years auditioning for all manner of reality TV shows in the quest for your big break. But rather, take a beat and give some real thought to the career path you want to start down.

So often we come flying out of university and follow a career path because of someone else’s expectations, an image of what a ‘good’ option is, or simply because we don’t know what else to do and just need the money. Before we know it, we’re a few years down the line, perhaps after a promotion or at least a couple of pay increases – and the chance to change to a more enjoyable career option fades quickly into the ether.

In lieu of any one-size-fits-all solution or cookie cutter style approach to career advice, let’s take a rather more practical approach with some key questions you might not have thought about to help determine the kind of career is best for you BEFORE you make that all important first step.

What are my life goals/priorities?

For an article about career planning, this may seem a bit of a silly question, but oddly enough, it’s always assumed that our career is a priority.

While that may be true for a large majority, it’s not always the case.  It may be that your first thought is to achieve a great work-life balance, in which case you’re not necessarily after the most ‘challenging’ career role.

Instead, you might be happier to sacrifice some of the job perks (even a lower salary) in order to have a role that allows for your lifestyle to be as large a part of your routine as you’d like.

Alternatively, it may be that your biggest life goal is travelling to a far off land, or even aimlessly wandering around the world.  This may lead you either to a well paid, mid level role for a few years while you get prepared, or even a lower level role to lessen your responsibilities.

Remember that ‘dream’ job doesn’t necessarily mean ‘best’ job, but rather a job that allows for your ‘dream’ lifestyle.

Related to the question above (and no doubt impacted by it if you discover that work isn’t your biggest priority) is the question of ambition.

It is assumed that if you’re working for a company, you ‘should’ be striving for promotions, advancements, greater levels of responsibility and basically, the highest level of job you can competently reach.

But, just as with your job priority overall, this just isn’t right for everyone.

I’ve known people to actively turn down better paying jobs because they’d rather not take on the additional responsibility, hours or pressure the new job would demand.

In one case, it was actually because they just preferred the job they were already doing.

If you’ve spent any time wondering what’s wrong with you when all around you seem to be fighting for the top to move ahead, don’t panic – there’s nothing wrong with not wanting to join the chase.

Just be honest with yourself, so that you can plan accordingly.

What do I enjoy doing in my spare time?

Right, by this point about half of the people that started reading this article have dropped it to begin planning a trip around the world.

A further 20% will have taken solace in the fact that they actually don’t want to get involved in the fights for promotions and advancement, anyway.

So, that just leaves you.

The ones that answered ‘yes’ to the previous question.

The ones that consider work at least one of the top priorities and want to build a long, distinguished career where you have an impact from a higher rung of the organisational ladder.

The rest of this article is for you.

Now that you know you want a career, the next question is…..  Which career do you want?

One of the simplest places to start is again in childhood.   No, I’m not suggesting you run off and become a cowboy – but that doesn’t mean you can’t learn a thing or two from it.

Chances are your childhood dreams didn’t appear from nowhere.  They appealed to you because there was some inherent aspect that you enjoyed doing.

In some cases, such as a desire to be a movie star, it may have been the fame or fortune that appealed.   In which case, a job in the public eye or a high paying role, may be the highest priorities in your search.

But in the event that life isn’t that simple (after all, it rarely is), what do you currently enjoy doing in your spare time?

Any and all of these could point to things that you would likely enjoy in work.

Take a deep look at not only the what, but why you enjoy these activities.  You may well find some interesting insights.

In both psychological research and psychometric testing, there is a general mapping of the brain which indicates the more creative types among us activate the right hemisphere of their brain, while the more logical types activate their left hemisphere more.

However, did you know that there is also research that attributes behavioural characteristics to the front and back of the brain as well?

These types tend to be entrepreneurs, investment bankers, salespeople and pilots.

Essentially any role where competition, risk, reward or challenge naturally present themselves, the most successful performers are likely to be front-brained.

Back-brained people naturally are the opposite; more reactive than proactive, more risk-averse, less pursuant and more cautious by nature.

These types tend to excel more in calmer environments where they are able to work under less pressure – think business operational functions (HR, Accounts, etc), analytics, IT and so on.

This is not to say that you are always strictly one or the other.  You might be a highly competitive athlete, but risk averse financially, or vice versa.

We all have the potential for both types of behavior, but the questions are ‘which are you most comfortable in?’ and ‘which is more natural for you?’

Am I a people person?

By now, you should have identified your priorities and level of ambition, figured out the key things that you ‘need’ to have in any job you’d enjoy and figured out the kind of environment you’d want to work in from an external standpoint (pressure, risk, stress, etc).

Now, it’s time to look at the function of the job itself.

This works on two different levels.

The one most people think of is whether they’d like a customer/client facing job or not.  If you’re not comfortable with meeting new people or even just dealing with people generally, this is unlikely to be for you.

However, the other facet to this is an internal one.

Given the collaborative nature of the marketing process, it’d be pretty tough for someone that didn’t want to deal with people to work in this function.

Would you rather work by yourself or in a team?

In the same way that someone that prefers isolation over dealing with people regularly would likely feel out of their depth in a team environment, so too a person that is a social animal would feel bored, uncomfortable or just plain lonely in a role where independent working is the primary focus.

As with all of these questions, neither is better nor worse, but simply knowing your preferences will help you to build up a much clearer profile of the ideal job you’re after.

So, I’ve answered all of your questions…. Now what?

Now comes the fun part.  Putting it all together.

Let’s say you have decided that your career is pretty important to you and you are quite ambitious.

A person that likes sports because they enjoy the competition, and are also front-brained and sociable might be perfect for a career in sales, marketing, investment banking, or even working for a small business to get involved in multiple functions.

However, someone that is more practically or technically minded, not especially front nor back-brained and okay with people but also enjoys working independently might consider roles in engineering, research, finance, IT or analysis.

Which exact roles in each industry are the right fit would come down to your personal preferences, but fingers crossed by now, you know yourself pretty well.