5 ways to stay in control in an interview 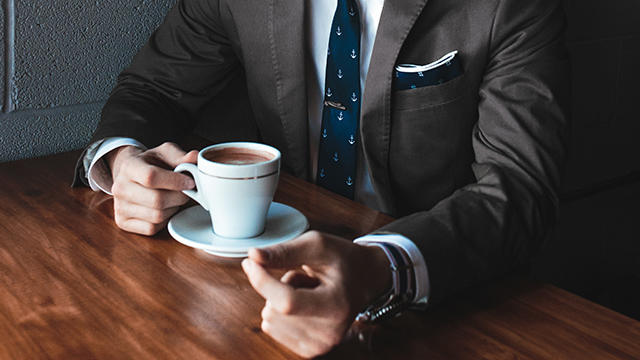 Interviews are possibly one of the most stressful scenarios around, so it makes sense to prepare beforehand. So, you’ve rehearsed possible questions, sat through several mock interviews and you’ve gone through your morning good luck ritual – yet on the day you can still have a question that knocks you sideways. It’s a moment that could break an interview, something that leaves you flustered and panicked, leaving you on the back foot. It happens to the best of us, yet with a few tips you can quickly regain your composure and get back in control.

So you’ve just been asked the killer question and you’ve had a bit of a panic – your breathing will most likely have become rushed. Rushed breathing won’t deliver as much oxygen to your body, meaning you’ll struggle to think properly. This is not what you want in an interview situation! To counter this, take a few seconds to take a few deep breaths (in through the nose, out through the mouth) making sure your belly expands as you breathe in. You’ll take in more oxygen which will act to relax you and help you focus. The interviewer won’t mind if you take a few seconds out to do this, especially if it helps you give a conducive answer. However, you don’t want to take too long as it could result in an awkward silence, which is as uncomfortable for the interviewer as it is for you!

#2 Focus on the question at hand

You’ve mastered the breathing and managed to regain your composure – excellent! However, sometimes you can still find yourself tripping up during your answer. You might start off answering the question, then go off on a tangent, then end up trying to clarify a point you just mentioned. You may not even realise you’re doing it, but soon enough you’re not even answering the question anymore. To an interviewer this can look unprofessional and it could even seem like you weren’t really listening to their question.

According to CV writer Carrie Maldonado in an article for the Telegraph, “you can avoid rambling by listening carefully to the question and taking a second to formulate your answer. A bonus is you will also appear more thoughtful”. Usually when a question is asked, you’ll have begun to think of an answer before they finish, so taking this time will allow you to fix your conclusion there and then, rather than at the end.

It may also be that you didn’t fully understand the question, meaning you spent time answering what you thought the question was, rather than what it actually was. If you start to stumble in your answer, consider asking the interviewer to clarify. Asking them to make things a bit clearer is a lot better than you blurting out a vague answer.

They’re on one side of the table, you’re on the other. It’s very easy to visualise the interviewer as your foe, who is trying to trip you up at every opportunity. However, this just isn’t the case. The interviewer is here to determine whether you’re right for the job and they want you to give a good performance as well. The more information they can find out about you, the better. Thinking of them in a hostile manner could result in you closing yourself off, which is just awful for both parties. It will also contribute to your stress levels as well, which will only act to cause more mistakes.

If, during an answer, an interesting point was raised then it may be worth following it up with a question of your own. You need to make sure this question is relevant though and in particular isn’t something they’ve already mentioned. Doing this can show that you’re actively engaged with the subject matter, which is obviously no bad thing. Just make sure you don’t interrupt their next question when asking your own.

This can be also be a good saver at the end of an interview, when they ask if you have any questions. You can use this opportunity to take control and find the things you want to know about the company. Asking engaging questions about the company will show that you’ve done your research and are clearly serious about the job. This can potentially make up for any minor mistakes you made earlier in the interview as well! Have a look at our article on questions to ask in an interview here to avoid stumbling at the last minute.

#5 Be ready to admit that you don’t know

At the end of it all, sometimes just admitting that you don’t know is the best solution. This isn’t to say you should give up entirely – far from it! Often when you’re faced with a difficult, seemingly unsolvable problem in an interview, it’s to test how you approach the question. So, admit that you don’t know, but follow it up by offering some ideas and suggestions on how you might solve the question. A useful phrase would be: “I’m afraid I don’t know the immediate answer to that, however to solve that problem I would probably begin by…” and then list out how you might tackle the problem. This can be a useful opportunity to bring in knowledge and experience from other areas and potentially even build on a previous answer.

There we go, some tips and tricks to help you stay in control during your interview. However, at the end of the day it really just comes down to remaining calm and tackling each question as it comes. With this knowledge, we’re sure you’ll ace your next interview when it comes your way!

Can't find your institution? Contact us at contact@jobteaser.com to set up a partnership.