Five ways to make sure your boss remembers your name 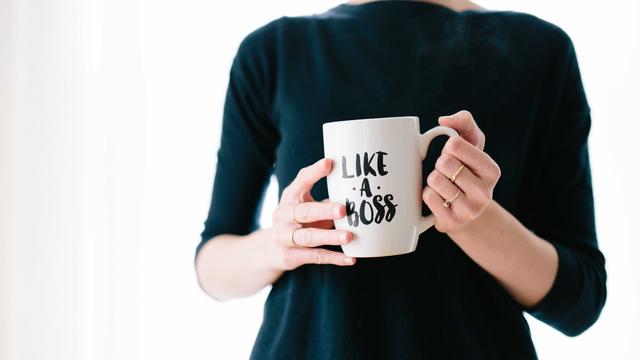 When starting a new job, one of the most important, and often stress-inducing parts, is dealing with your new boss.

If you’re a fresh graduate, you may have never been managed before, and may never have had a full-time job. While you’ve probably had experience with senior people at university, for instance your dissertation supervisor, or leaders in a student society, there’s a real difference between embarking on your first professional career and knowing how to deal with your manager.

What’s more, is that while everyone wants to make a good impression, a lot of the time new staff will go about this in the complete wrong way. Sometimes, this can lead to disastrous consequences. Take for example, the new guy who thinks ‘I’ll do whatever my boss, or my seniors ask me to do, work my socks off, and then they’ll recognise how good I am and reward me for my efforts’. That could be the result, but more often than not, this kind of worker will earn the reputation for not standing up for themselves, and putting less value on their time than they should. It can even lead to them being assigned too much work, swimming against the tide trying to keep up, and then suffering burnout and quitting. That’s a story that we know all too well.

In this post, we’ll look at five ways to really impress your boss and make sure they remember your name for the right reasons. And that doesn’t mean sucking up.

Don’t try too hard to impress

So the first thing to recognise is that there’s a difference between wanting to make a good impression, and wanting to impress someone. Making a good impression means you think of yourself as a reasonable person who’d like to be seen as such, and potentially a good worker. Trying to impress someone means trying to make yourself look better than everyone else. Ask yourself, how does it feel when you meet someone who tries to make themselves look better than everyone else? Usually, people smell it a mile off, and they don’t like it.

Being friendly, pleasant, professional, but also reasonable, makes a great impression. Use your judgement and try to strike up a rapport if the opportunity arises. But don’t lie, don’t stretch the truth, and don’t sing your own praises. If you launch into a list of what you’ve done since you’ve started and how much better you are than the others, it’s not impressive. It’s the sound of someone who doesn’t care about teamwork and just wants to get ahead. Chances are that to get to your boss’s position, they have to know a thing or two about working with people. And more likely than not, they don’t respect the person who works too hard to show themselves off.

So remember to be nice, be honest, and be yourself. When you act genuinely and honestly, people notice. And that’s the best impression you can make.

Don’t be afraid to ask

One of the absolute most common problems that everyone encounters when they start a new job is not knowing who to ask, or when to ask, if something goes wrong.

The difference between a professional with years of experience and a fresh graduate is the ‘umming’ about when and where to ask. While it’s never always clear who to ask a question or when, a seasoned pro can take some time and use their experience to think - what’s the best way of approaching this issue. It’s harder for the fresh graduate to decide who to ask if say, they have a customer complaint, or they’ve run out of things to do, or they’ve accidentally deleted several months’ work.

In general, there are a few ways you can deal with this. If it’s a very minor issue, talk to a colleague first if you can’t work it out yourself. If not, then decide whether it’s worth escalating. If you’re really stuck and don’t know what to do, you’d better ask your boss. While you don’t want to be barging in every 5 minutes to ask a question, it’s better to get it solved that sit on it and stress, letting it get worse without finding a solution. Remember, no one expects you to be perfect and you will make mistakes. It’s how you go about fixing these mistakes that counts.

We once worked in an environment where the boss would get very angry whenever we made a small mistake. It was a shame, and it made it difficult to approach him if something went wrong. Eventually, dissatisfaction showed in the rest of the workforce too, and the whole company suffered because of it. Remember that if this is the case for you, it’s not your fault. Mistakes happen, and you have to ask sometimes for assistance. If your boss isn’t ok with that, it’s their problem, not yours.

This kind of links into the point above. Remember that choosing not to raise a problem when it arises can really make things worse. There’s nothing worse than being in a meeting and having your boss ask ‘why didn’t I know about this sooner?’ and the answer is you ignored the problem, hoping that it’d go away in time or that you could sort it out yourself.

Note that while for minor problems it’s OK to use your initiative, if you’re ever feeling unsure then it’s important to raise it and get any problems solved straight away. Again, it’s how you deal with issues that arise. If you sit on an issue and don’t raise it, it’ll make things worse. Your boss wants to trust you and know that if something happens, they’ll know about it. That’s their job! If you can follow this simple rule, it means your boss will appreciate your thoughtfulness, and that you show a level of professionalism and wisdom beyond your young years. And that’s how you know that your boss won’t be forgetting your name in a hurry.

Don’t worry if it doesn’t work out

It’s worth keeping in mind the big picture. The world is a big place, with billions of us working jobs. Each of us are different, with different preferences, likes and dislikes, and ways of dealing with people. It’s possible that you and your boss just can’t get along, or it’s possible that your new boss isn’t a great boss. There’s no reason to believe that some people who shouldn’t be in leadership positions still manage to get there. While it’s not that likely, it’s certainly possible.

For that reason, try not to stress it too much if you think your boss doesn’t like you. The truth is, they may do, they may not. But worrying about it won’t make anything better. All you can do is do your best. It’s cliche advice, but that’s because it’s the truth. All the time you spend worrying about whether your boss likes you or whether you’ll be able to develop any kind of strong.

Phew, it can be stressful talking about all this stuff right. Hopefully we haven’t panicked you too much or made you feel too nervous. Your first job, or jobs, or even later jobs, are all about building experience and finding your way. If you have a great boss, this can make life a whole lot easier. And if you follow this advice, we’re sure you’ll have an awesome relationship with them. Then they’ll be happy to remember you as an excellent worker and honest person who adds real value to their department. Just keep at it, keep motivated, and enjoy the journey. There will be stressful days, there will be hard days, but it’s all a process of discovery. Embrace it!

So there you have it, five ways to ensure that your new boss remembers your name for the right reasons, and has you high on the list not only of people they think are good workers, but people they know are trustworthy, genuine, and nice to be around. This list should give you all the tools you need to get out into the workplace and succeed in your role.