Paid or unpaid : What to look for in an internship 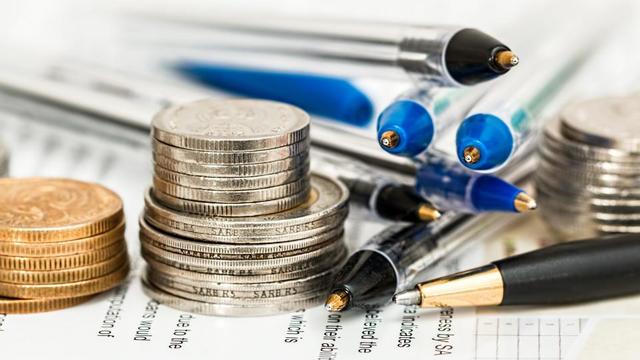 What industry do I want to gain experience in?

There are a few industries where unpaid internships are still the norm, and guess what - they’re usually the most glamorous and ‘desirable’ positions, and often related to the arts and media sector. While an internship at a major accounting company or an investment bank will often reward you handsomely, and give you some great skills to boot, some other industries are just so in-demand that unpaid is the standard. And even getting an unpaid one is tricky, at that.

I’m not saying it’s ideal, but you have to consider where your passion really lies. If photography, fashion, or journalism is truly your calling, chances are you’ll have to do anything you can to crack into the industry. That means that if you see the opportunity for an unpaid internship, then you’d better take it.

Will I gain something worth more than money from the experience?

The first thing that you need to remember about an internship is that it’s not about the money. I had some friends in university who landed great internships with big paychecks, and yeah, it paid for their summer holidays. They had a great time, bought some fancy clothes, and definitely helped us not-so-lucky students out with a round or two of drinks.

But while that’s a fringe benefit, it’s not the primary purpose of an internship. Keep in mind that you’re interested in gaining experience, developing some useful skills, and beginning to build your professional network. If you’re looking at two internships, one paid, one unpaid, you have to ask yourself - what is the difference? What am I going to get and what are the outcomes of this programme going to be?

Going back to my university friends, they did get some opportunities to develop, but they were treated more like cheap labour than someone trying to learn. Whereas other people I know got an internship where they were given guidance, they ‘learned the ropes’, made friends, and really grew as people, despite not getting paid. They might not have made any money, but they were prepared to go into the next step of their career with a bit more awareness of themselves and the job market. That’s why you have to consider what is being offered - if it’s a big paycheck at a boring company, or a few hours a week at an exciting new startup, you need to think which is going to set you up better for what you want. Remember the big picture.

Why aren’t they paying?

Here’s where you need to do some investigating. Sometimes getting an internship offer can be so exciting that you want to hit back with a ‘YES!’ straight away, asking when you can start, what you should wear, and how many hours overtime you can work. Well maybe not that last one, but either way -- it’s exciting.

But don’t show your hand too quick. If they’re not paying, you have to ask yourself why. See if you can tactfully find any information on why there’s no pay.   You also need to know what kind of extra support you’re getting - will they pay travel expenses? Will you get a stipend? And finally, if you get nothing...you have to  consider why they’re not willing to pay you.

If it’s a tiny startup, with no finances and running on fumes, then maybe you can sympathise. If it’s a highly competitive industry and a big-name company, and you approached them, then maybe you can see why - they’re doing you a favour. But if those reasons don’t apply, and they’re asking you to commit yourself with no support, and no good reason...well then maybe it’s time to consider other options.

Do I work set hours?

Now we’re getting more into the legal side of stuff. In the UK at least, once you meet certain criteria, that ‘internship’ becomes a ‘job’ and you need to get paid - not doing so could be breaking the law.

If you’re expected to be at the office from dawn ‘till dusk, and your boss, or mentor, gets upset if you ask for a day off - then guess what - you could be a worker. This is a good acid test. If you’re not getting paid, but still expected to show up and do a set number of hours work without receiving anything in return, it’s likely you should be classed as an employee and be getting the benefits you’re entitled to, including national minimum wage and statutory sick pay.

Make sure you watch out for your hours and the requirements. Also note that if your school or university programme requires a set number of hours, this may not be the same as your employer asking you to be present as an employee. If you need to find out more about this and check what category you fall under, check out the government’s guidelines here.

Could a paid worker be doing my job?

Some internships are done on a ‘shadowing’ basis, especially at a lower level. When I was 16, I did ‘work experience’ which was similar to an internship. I shadowed a lawyer, watched what they did, talked to their clients, and even went to court to watch some cases. I was learning a lot about how the system functioned, the ups and downs of the job, and just general day-to-day life as a lawyer. If you’re shadowing, it’s likely that you’re not required to be paid, and also, since you’re not really doing any ‘work’ per se, it’s fair that you don’t receive anything except the skills and knowledge that you’re seeking to develop.

If however, you’re being put in charge of producing reports, managing or supervising other employees, or generally creating, producing, or ‘doing’ something, you could well be doing work that a paid employee should be doing. That means that while you could be a ‘voluntary worker’, there’s a chance that your employer is breaking the law by not paying you.

The last thing to consider, when you’re hovering over that ‘reply’ button on your email, or waiting for that phone call, is whether you’re prepared to take on the responsibility of an internship. Any programme, whether it’s shadowing, supporting, or working, paid or unpaid, is a big step.

You’ll be expected to take your internship seriously, and that’s the only way you’ll get real benefits from it. Keep this in mind when you’re making your decision

You’re in the driving seat

While you can’t choose which internships you’ll get selected for, and which options are available to you...ultimately, the decision of paid versus unpaid rests with you. You have to consider what is being offered, and how it’s going to benefit you. Can you survive financially? Is it worth it for what you get? And is it a real opportunity, or a company trying to get free work? These are the questions you need to ask yourself before committing to an internship.

Make sure you do your research, don’t be afraid to ask questions and finally... Good luck!